“This band shits gold individually. Together they shit a whole new more rare cooler element like iron diamonds that are really good friends with garnets and jazz players and astronauts.” 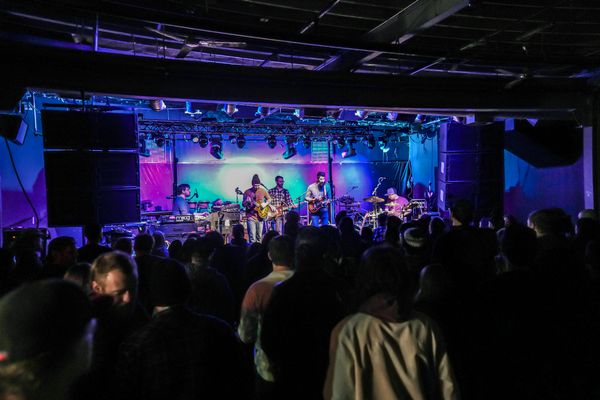 "You sound like if the Beatles were a jam band." -Mike D.

"Do you know why I didn't wear socks today? Because the last couple times I saw you, you rocked them off." -Andrew P.

"You turned my brain into Play-doh spaghetti coming out of my ears." -Andrew P. (again)

"I was walking around at Summer Camp when I heard your music and I knew, 'that's where I need to eat these empanadas.'" -John L.

"You're a jam band with garage-y teeth." -Benji F.

"We've played with a lot of bands, and most of them don't sounds that good." -Ethan W.

"I would say they're like Dr. Dog mixed with Queens of the Stone Age, but a jam band"-Brady L.

"nobody had ever heard of you fuckers when you started, but it was great!" - lady at Leroy's